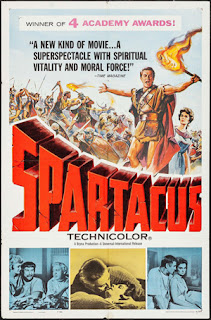 A universal-International film by Stanley Kubrick. At the time of its first release in 1960, “Spartacus” was hailed as the first intellectual epic since the silent days and the first Roman or Biblical saga to deal with ideas as well as spectacle. The notion of being forced to fight for entertainment leads Spartacus to head a slave revolt that eventually spreads over half of Italy. 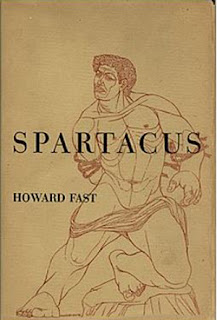 In 2017, it was selected for preservation in the United States National Film Registry by the Library of Congress as being "culturally, historically, or aesthetically significant."

The development of Spartacus was partly instigated by Kirk Douglas's failure to win the title role in William Wyler's Ben-Hur. Douglas had worked with Wyler before in Detective Story and was disappointed when Wyler chose Charlton Heston. Instead, Douglas read Howard Fast's novel, Spartacus, and was impressed enough to purchase an option on the book with his own finances. Universal Studios eventually agreed to finance the film after Douglas persuaded Laurence Olivier, Charles Laughton, and Peter Ustinov to act in it.

Posted by Janet Lynn at 9:13 AM No comments:

Any kind of get-together at my aunt's house included this sandwich. Sometimes she had this filling between long Italian bread or several Kaiser rolls.  Either way, this was delicious and easy to transport.

2 small cans or 1 large can of deviled ham

Mix thoroughly, and add spread between butter bread or roll.

Posted by Janet Lynn at 7:23 AM No comments: 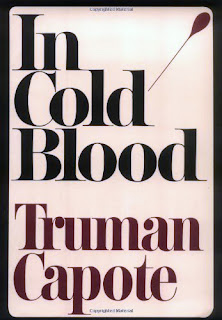 When bodies are discovered in a family home, initially, the police are baffled. The FBI agent in charge of the investigation thinks that the killer must be someone close to the family. Rumor sets the small town of Holcomb on fire, and Hartman's Cafe is the center of numerous theories. 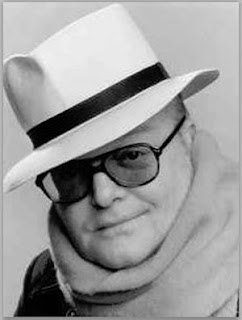 Posted by Janet Lynn at 7:36 AM No comments: 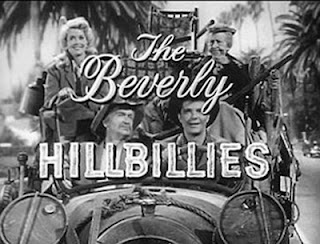 The Beverly Hillbillies was an American situation comedy. broadcast on CBS from 1962 to 1971. The show cast  Ebsen, Irene Ryan, Donna Douglas, and Max Baer, Jr. as the Clampetts. The show was created by writer Paul Henning. It was followed by two other Henning-inspired "country cousin" series on CBS: Petticoat Junction and its spin-off Green Acres, which reversed the rags-to-riches, country-to-city model of The Beverly Hillbillies. 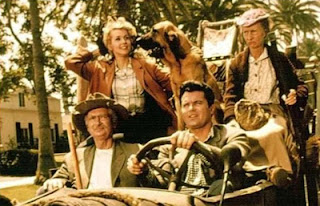 The "Fish Out of Water" series starts as Jed Clampett, an impoverished and widowed mountaineer, is living alongside an oil-rich swamp with his daughter and mother-in-law. The Clampetts bring a moral, unsophisticated, and minimalistic lifestyle to the swanky, self-obsessed, and superficial Beverly Hills community.  Plots often involve the outlandish efforts Drysdale makes to keep the Clampetts' money in his bank and his wife's efforts to rid the neighborhood of the hillbillies. The family's periodic attempts to return to the mountains are often prompted by Granny's perceiving a slight or insult from one of the "city folk".

The Beverly Hillbillies ranked among the top 20 most-watched programs on television for eight of its nine seasons, twice ranking as the number one series of the year, with 16 episodes that remain among the 100 most-watched television episodes in history. It won seven Emmy nominations during its run. The series remains in syndicated reruns, and its ongoing popularity spawned a 1993 film remake by 20th Century Fox.

The show received poor reviews from some contemporary critics. Despite the poor reviews, the show shot to the top of the Nielsen ratings shortly after its premiere and stayed there for several seasons. During its first two seasons, it was the number one program in the U.S. During its second season, it earned some of the highest ratings ever recorded for a half-hour sitcom. The series had excellent ratings throughout its run, although it had fallen out of the top 20 most-watched shows during its final season.

Posted by Janet Lynn at 9:48 AM No comments: 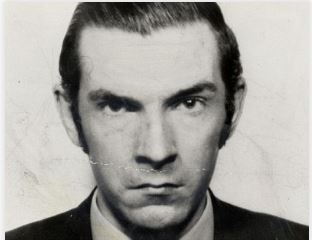 His mother died a few months after his birth. His father sent him to live with an uncle and aunt. A few years later he was separated from his aunt and uncle in order to live with his father and new stepmother. 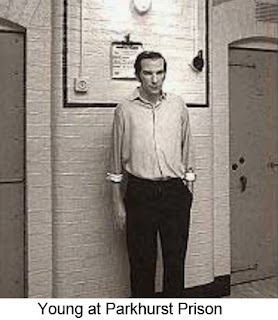 In 1961, he started to test poisons on his family, and school friends. enough to make them violently ill with severe pain symptoms.

On Easter Saturday, April 21, 1962, Young's stepmother, Molly, died from poisoning and shortly afterward his father became seriously ill and was taken to hospital where he was told that he was suffering from antimony poisoning and one more dose would have killed him. Young's aunt, who knew of Graham's fascination with chemistry and poisons, became suspicious. Young was arrested on May 23, 1962, and confessed to the attempted murders of his father, sister, and friends. The remains of his stepmother could not be analyzed because she had been cremated which was suggested by Graham. 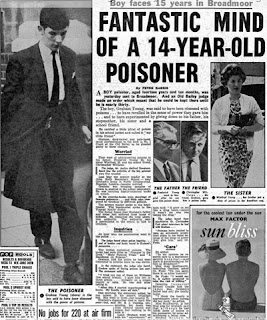 Young was detained under the Mental Health Act in Broadmoor Hospital, an institution for patients with mental disorders. He was diagnosed with personality disorder, schizophrenia, and signs of the autism spectrum.

In June 1970, after nearly eight years in Broadmoor,  the prison psychiatrist decided Young, "is no longer obsessed with poisons, violence, and mischief". He was deemed, "fully recovered" and was released. (In the hospital Young had studied medical texts, improving his knowledge of poisons, and continued experiments using inmates and staff .)

After his release, he began work at John Hadland Laboratories. The company manufactured thallium bromide-iodide infrared lenses, which were used in military equipment. No thallium was stored on-site, but Young obtained his supplies of poison from a London chemist. His employers were not informed of his past as a convicted prisoner.

Soon after he began work, his foreman grew ill and died. Young had been making tea laced with poisons for his colleagues.  He poisoned about 7 people during the next few months.

At this point, it was evident that an investigation was necessary. Young told a colleague that his hobby was the study of toxic chemicals. The colleague went to the police, who uncovered Young's criminal record.

Young was arrested, on November 21,1971. Police found several poisons, as well as a detailed diary that he had kept, noting the doses he had administered, their effects, and whether he was going to allow each person to live or die.

At his trial, he pleaded not guilty and claimed the diary was research for a fantasy novel. He was convicted again and sentenced to life in prison. He was dubbed "The Teacup Poisoner".

Young died in prison on August 1,1990, one month before his 43rd birthday. The cause of death was listed as myocardial infarction (heart attack).

In November 2005, a 16-year-old Japanese schoolgirl was arrested for poisoning her mother with thallium. She claimed to be fascinated by Young and kept an online blog, similar to Young’s diary, recording dosage, and reactions. 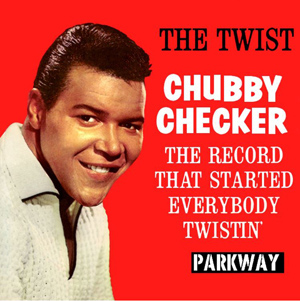 "The Twist" is an American pop song written and originally released in early 1959 (having been recorded on November 11, 1958) by Hank Ballard and the Midnighters as a B-side to "Teardrops on Your  Letter".  Ballard's version was a moderate 1960 hit, peaking at number 28 on the Billboard Hot 100. 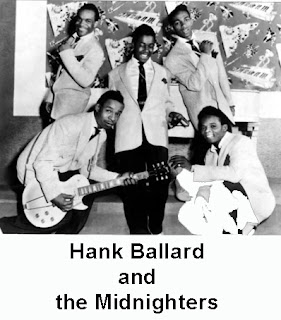 The song became popular on a Baltimore television dance show hosted by local DJ Buddy Dean. Dean recommended the song to Dick Clark, host of the national American Bandstand. Clark attempted to book Ballard to perform on the show but Ballard was unavailable.  Clark searched for a local artist to record the song...enter Chubby Checker. Exposure for the song on American Bandstand and on The Dick Clark Saturday Night Show helped propel the song to the top of the American charts.  Checker's1960 cover version of the song began the Twist dance craze.

In late 1961 and early 1962, the twist craze caught on in high society. Celebrities doing the dance made the song a hit with adults. Soon there were long lines at the Peppermint Lounge nightclub in New York. This new interest made "The Twist" the only recording to hit number one on the United States charts during two separate chart runs, and marked a major turning point for adult acceptance of rock and roll music.

Have fun with this memorable old video

Posted by Janet Lynn at 8:24 AM No comments: 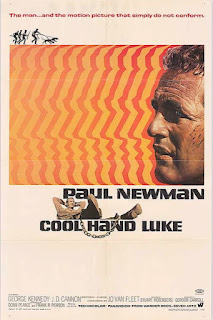 Cool Hand Luke is a 1967 American prison drama film directed by Stuart Rosenberg, starring Paul Newman and featuring George Kennedy in an Oscar-winning performance. Newman stars in the title role as Luke, a prisoner in a Florida prison camp who refuses to submit to the system. Set in the early 1950s, it is based on Donn Pearce's 1965 book, COOL HAND LUKE. 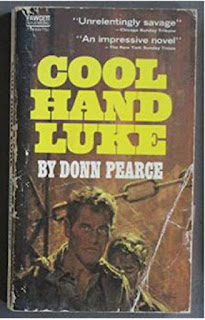 Cool Hand Luke received favorable reviews and was a box-office success upon its release. It cemented Newman's status as one of the era's top actors, and was called the "touchstone of an era". Newman was nominated for the Academy Award for Best Actor, Kennedy won the Academy Award for Best  Supporting Actor. In 2005, the United States Library of Congress selected the film for preservation in the National Film Registry, considering it "culturally, historically, or aesthetically significant".

Paul Newman's character, Luke, is a decorated war veteran who is sentenced to serve two years in a Florida rural prison. He constantly defies the prison authorities, becoming a leader among the prisoners, as well as escaping multiple times.  While the script was being developed, the leading role was initially considered for Jack Lemmon or Telly Savalas. Newman asked to play the leading role after hearing about the project. To develop his character, he traveled to West Virginia where he recorded local accents and surveyed people's behavior.

Posted by Janet Lynn at 7:40 AM No comments: