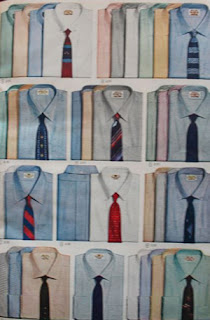 In the early years, men’s dress shirts were dull and plain just like the grey flannel suits. White, blue, light pink, mustard yellow, light green, light grey colors in smooth finishes complemented the suits. They fit rather wide and baggy (no modern trim fits yet) with a single cuff. Cufflinks were optional but generally too fussy for this simple look. Most men’s dress shirts had a single breast pocket. 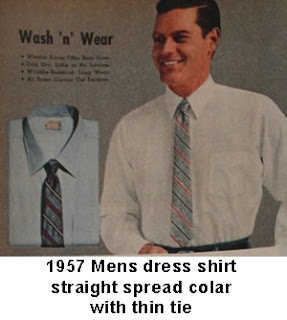 The most popular shirt collars started out as straight pointed collars with or without buttons. As tie widths and knot shapes moved from narrow to wide to ultra-skinny over the decade, so too did the collars. A straight spread collar accommodated most of the 1950s ties that had a wide tie knot. Narrow straight collars went with standard 3 inch or ultra-skinny 2-inch ties. 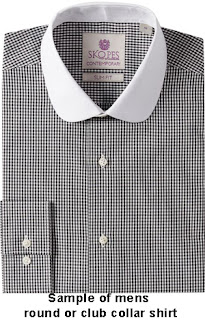 There were also a few years when the round collar or “club” collar tie came back in fashion from the turn of the century.  Collar pins also came back in style for more conservative dressers and added a nice upscale touch to point collars.  Almost all collars shortened during the decade. Most of today’s men’s shirts resemble those from the 1950s. 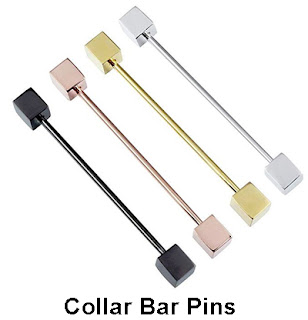 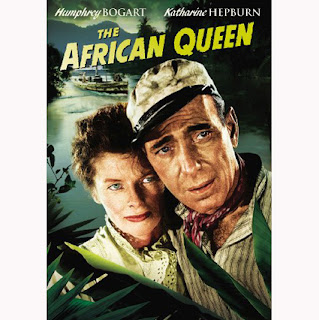 Vintage 1950s
Movies
African Queen
The African Queen was released December 23, 1951. It is a British-American adventure film adapted from a 1935 novel by C.S. Forester. It was photographed in Technicolor. The film stars Humphrey Bogart (who won the Academy Award for Best Actor – his only Oscar), and Katharine Hepburn with Robert Morley, Peter Bull, Walter Gotell, Richard Marner and Theodore Bikel. 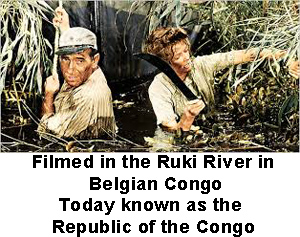 The African Queen was selected for preservation in the United States National Film Registry in 1994, with the Library of Congress deeming it "culturally, historically or aesthetically significant".
In 1951, two of the world's most beloved — and highest-paid — movie stars, Katharine Hepburn and Humphrey Bogart filmed in sweltering jungles around the Belgian Congo (today is known as the Democratic Republic of the Congo) spending seven weeks filming a WWI-era romantic-comedy-adventure film about a hard-drinking riverboat captain, Charlie Allnut (Bogart), and his burgeoning love affair with a prim Christian missionary, Rose Sayer (Hepburn). 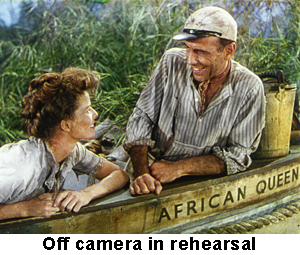 The shoot was often a grueling experience for the crew, particularly
Hepburn, who suffered from dysentery caused by contaminated water. She refused to let it affect her work and never missed a day of filming. Unlike Hepburn and much of the crew, both Bogart and Huston remained healthy throughout the shoot. 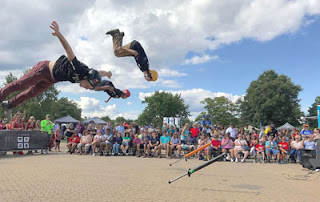 Vintage 1950s
Toys
Pogo Stick
The modern pogo stick was invented by Max Pohlig and Ernst Gottschall, from Germany. A German patent was registered in Hanover on March 1920 for a device they called a "spring end hopping stilt". It is thought that the beginning two letters in these men's last names is where the word "pogo" comes from.
The two-handle pogo stick design was patented by George B. Hansburg in 1957. Hansburg described the origins of the Pogo name colloquially in a story of a young Burmese girl with the aforementioned name whose father had created a crude version of the device so that the daughter could travel to the local temple for prayers. An earlier design with a single upright vertical handle patented in 1955 posed something of a risk to the user's chin. Later, improvements to the pogo stick have been made, including the Vurtego, Flybar, and the BowGo, which allow operators to jump much higher than with a simple coil spring pogo stick. Backflips and other tricks are now possible on some of these newer sticks, which has contributed to the growth of the new sport of Extreme Pogo ("Xpogo").
Whatever improvements or different types are made, the basic design idea of a person riding on a spring remains the same.
Extreme Pogo, or Xpogo, is an action sport which involves riding and performing tricks on extreme pogo sticks, defined by their durability and potential for height. Today's Xpogo sticks have the potential for over 10 ft. of height (measured from the ground to the bottom of the tip). Extreme pogo is a relatively new extreme sport and is currently emerging into popular culture as evidenced by the growing number of Xpogo athletes around the globe.