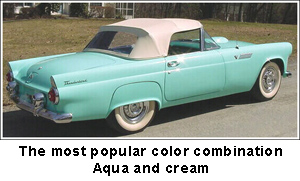 The epitome of 1955 new cars was the new Ford Thunderbird. It was custom designed for the "American Road". It promised a new kind of sports car, though it is said to be more of a "brisk luxury tourer" and not a sports car per se. The Ford Motor Company called it a personal car, competing against the Chevrolet Corvette introduced  in 1953. Some unique features were four-way powered seats push button interior door handles. Telescoping steering wheel and a tachometer. As with all cars of that era the brakes were not good. As the heated brakes would fade decreasing stopping ability on the street. One of the factories that made the Thunderbird was in Long Beach, California. 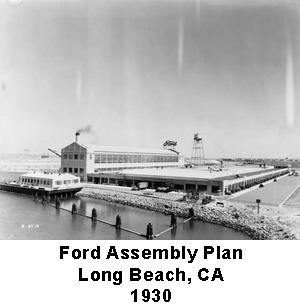 Ford unveiled the Thunderbird at the Detroit Auto Show on February 20, 1954. The first production car came off the line on September 9, 1954, and went on sale on October 22, 1954 as a 1955 model, and sold vigorously.  3,500 orders were placed in the first ten days of sale. While only 10,000 were planned. A total of 16,155 were sold by the end of 1955.
As standard, the 1955 Ford Thunderbird came with a removable fiberglass top, but the fabric convertible top was the most popular. A total of 53,166 cars were made from 1955 to1957. You could buy them with an automatic or manual transmissions.
The hardtop was often a different color, the most popular combination was aqua and cream.
Many dreams came true when a young man or woman drove the car, a sign of freedom. They'd "arrived".

Posted by Janet Lynn at 7:13 AM No comments: 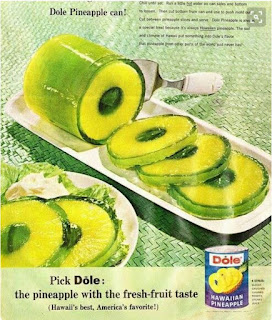 Just pour off the liquid of a No. 2 can of Dole Pineapple. Replace with gelatin made with half the liquid in package directions. Chill until set. Run a little hot water along the sides and bottom to loosen. Then cut bottom of can and use to push mold out. Cut between pineapple rounds and serve. 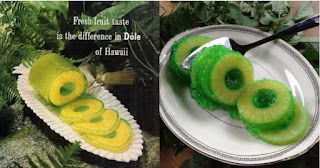 Posted by Janet Lynn at 7:23 PM No comments: 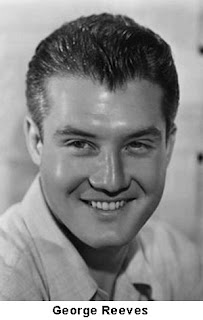 George Reeves (born George Keefer Brewer) was an actor from Woolstock, Iowa who appeared in Gone with the Wind, From Here to Eternity, and Samson and Delilah. He was best known for his role as Superman in the 1950s television program Adventures of Superman. His death at age 45 from a gunshot remains a mystery. The official report was suicide, but some people believe he was murdered or was the victim of an accidental shooting. 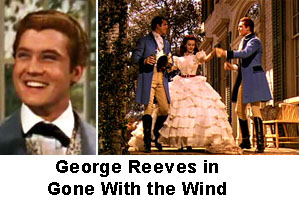 The CaseReeves died of a gunshot wound to the head on June 16, 1959 at his Benedict Canyon home at the time. In the home were his fiancée Leonore Lemmon and three other guests. 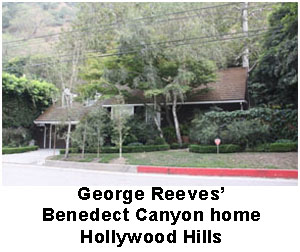 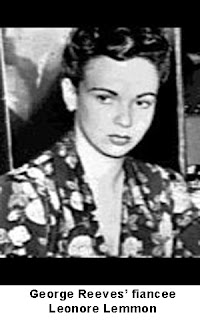 Theories
Though ruled a suicide, the fact that those in the house waited to call the police and stray bullet cases were found near the body led some to believe Reeves was a victim of homicide. He had been having an affair with Toni Mannix, the wife of an MGM executive. One theory holds that the jilted Toni had Reeves killed, another was that the her husband, Eddie Mannix, used his underworld connections to have Reeves killed. 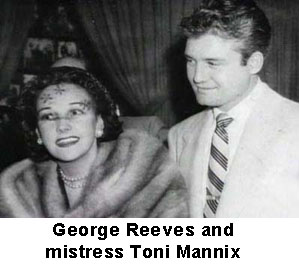 Where the Case Stands Today
In 1999, a Hollywood publicist, Edward Lozzi, said Toni Mannix confessed to killing Reeves. However, no proof was offered or found. The case remains, officially, a suicide. 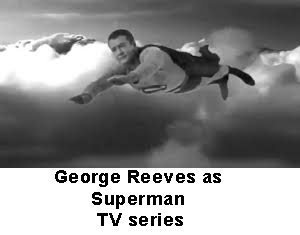 Posted by Janet Lynn at 6:38 AM No comments: 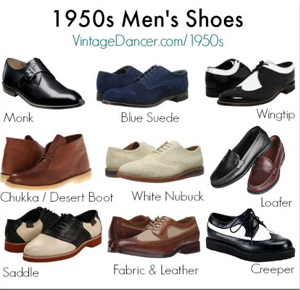 The penny loafer (named because a penny could be placed in the cutout piece that ran across the vamp) was daily wear for Ivy League kids and mature men. Most penny loafers were a medium brown. A few slightly more formal styles came in black or brown with a tassel tie.  Some loafers came in two tones as well. 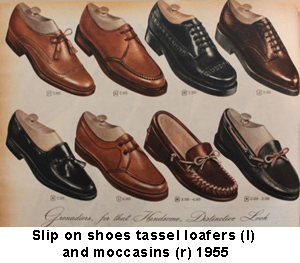 Saddle shoes have been common since the 1920s. In the 1950s saw more color combinations such as blue and white, grey and white, brown and white, and brown and tan. Mature men hardly worn them but they did wear other vivid colors for lace up oxfords. 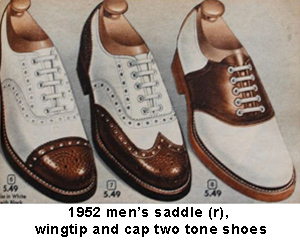 Blue suede shoes were not only the topic of a popular Elvis song but were popular casual men’s shoes.  Embossed leather like heavy reptile skin, corduroy, rough suede, woven canvas and even printed plaid were also popular. Textured shoes, both lace up and slip on style were big fashion items for trendy fashionable men. 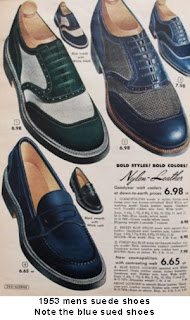 Posted by Janet Lynn at 7:56 AM No comments: