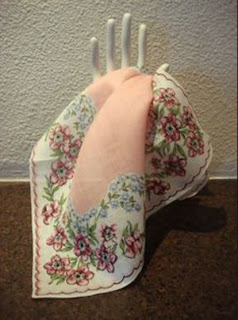 We're all familiar with the use of a dropped, laced handkerchief by women to attract the attention of young men, particularly in the late 18th century. Then the handkerchiefs were colorful, silk and embroidered.  They were also used to protect the ladies nose from terrible odors from the outside as they walked along the streets. Many women had lovely handkerchiefs they carried with them in public and plain cotton ones used at home for actual head colds. 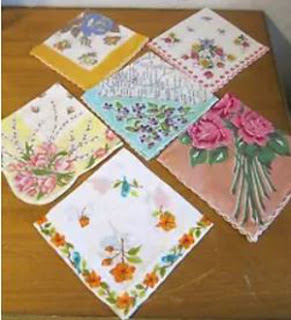 It was 1924, the birth of Kleenex introduced by Kimberly-Clark that caused the death of handkerchiefs.  Originally invented as a face towel to remove cold-cream, by the 1930’s Kleenex was praised as the antidote to germs with their slogan “Don’t carry a cold in your pocket.”   Many opted for a disposable alternative. In the mid-1950s a Little Golden Book featuring Little Lulu showcased things to make and do with Kleenex tissues, i.e.. showing children how to make bunny rabbits and more from tissues.  Its first printing sold 2.25 million copies. 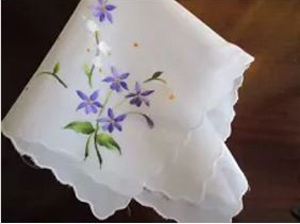 In the 1950s women's handkerchiefs were an accessory and came in many styles. Though a woman wouldn't leave home without a pretty handkerchief, it was rarely used except to dot perspiration or lipstick. Today, handkerchiefs are collected and admired but seldom carried or used. 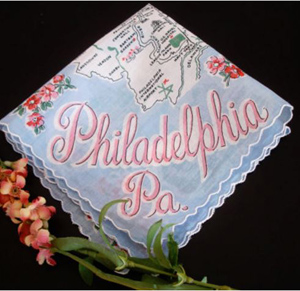 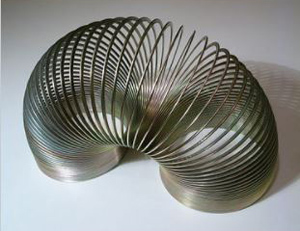 In 1943, Richard James, a naval mechanical engineer stationed at the William Cramp and Sons shipyards in Philadelphia, was developing springs that could support and stabilize sensitive instruments aboard ships in rough seas. James accidentally knocked one of the springs from a shelf, and watched as the spring "stepped" in a series of arcs to a stack of books, to a tabletop, and to the floor, where it re-coiled itself and stood upright. James's wife, Betty, later recalled, "He came home and said, 'I think if I got the right property of steel and the right tension; I could make it walk.'" 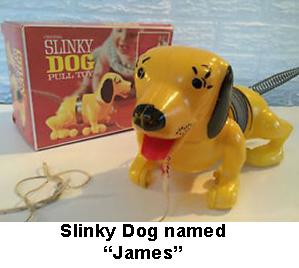 James experimented with different types of steel wire over the next year and finally found a spring that would walk. Betty dubbed the toy Slinky (meaning "sleek and graceful"). 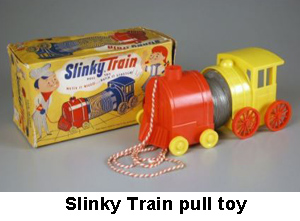 Richard James opened shop in Albany, New York, after developing a machine that could produce a Slinky within seconds. The toy was packaged in a black-lettered box, and advertising saturated America. James often appeared on television shows to promote Slinky. In 1952, the Slinky Dog debuted. Other Slinky toys introduced in the 1950s included the Slinky train Loco, the Slinky worm Suzie, and the Slinky Crazy Eyes. 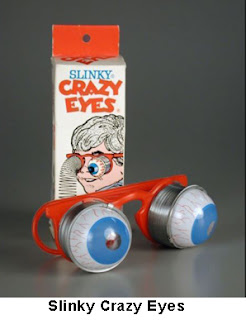 Over 300 million Slinkys have been sold between 1945 and 2005, and the original Slinky is still a bestseller. 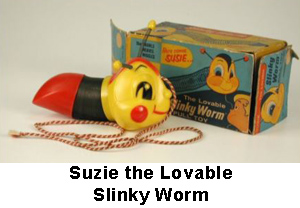 Posted by Janet Lynn at 5:11 PM No comments: 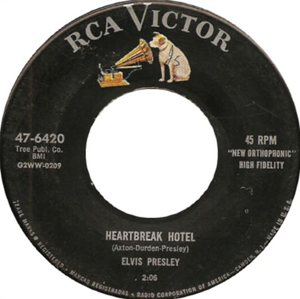 
Heartbreak Hotel sung by Elvis Presley was released as a single on January 27, 1956, Presley's first on his new record label RCA Victor. It was written by Tommy Durden and Mae Boren Axton. 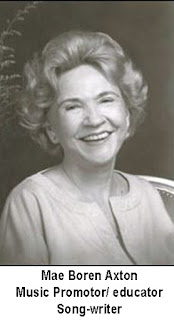 A newspaper article about the suicide of a lonely man who jumped from a hotel window inspired the lyrics. Axton presented the song to Presley in November 1955 at a country music convention in Nashville. Presley agreed to record it, and did so on January 10, 1956, in a session with his band, The Blue Moon Boys, the guitarist Chet Atkins, and the pianist Floyd Cramer. The song is comprised of an eight-bar blues progression, with heavy reverberation throughout the track, to imitate the character of Presley's Sun recordings. 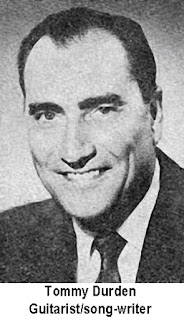 The single topped Billboard's Top 100 chart for seven weeks, Cashbox's pop singles chart for six weeks, listed at No. 1 on the Country and Western chart for seventeen weeks and reached No. 3 on the R&B chart, becoming Presley's first million-seller, and one of the best-selling singles of 1956.
"Heartbreak Hotel" achieved unheard feats as it reached the top 5 of Country and Western, pop, and Rhythm 'n' Blues charts simultaneously. It would eventually be certified double platinum by the Recording Industry Association of America. Presley had first performed "Heartbreak Hotel" during a live show in December 1955 during a tour of the Louisiana Hayride, but the song gained strong popularity after his appearance on Stage Show in March 1956. 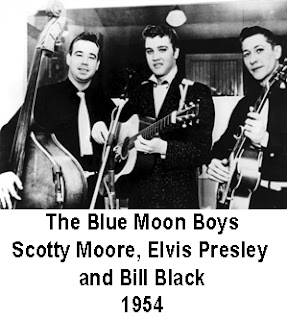 In 1995 "Heartbreak Hotel" was inducted into the Grammy Hall of Fame, and in 2004 Rolling Stone magazine named it one of the "500 Greatest Songs of All Time". That year it was also included in the Rock and Roll Hall of Fame's "500 Songs that Shaped Rock and Roll". A rock and roll standard, since its original release "Heartbreak Hotel" has been covered by several rock and pop acts, including Willie Nelson and Leon Russell, who recorded a duet version that topped the Country charts in 1979.


For a young Elvis Presley performing on the Milton Berle show, April 1956 go to https://www.youtube.com/watch?v=LH8gqK7y8sU
Posted by Janet Lynn at 8:36 AM No comments: