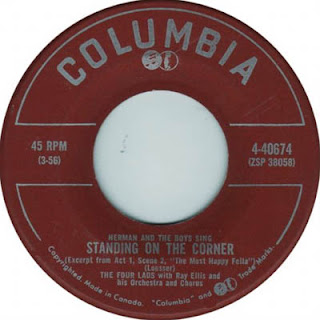 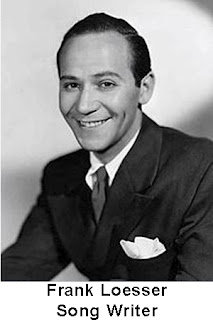 published in 1956. It was introduced by Shorty Long, Alan Gilbert, John Henson, and Roy Lazarus in the Broadway musical, The Most Happy Fella. 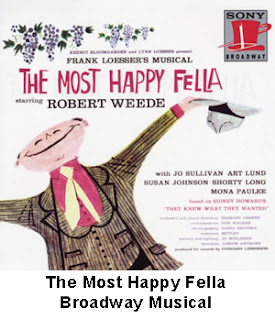 The song was made popular by the Four Lads recorded March 1, 1956. The recording was released by Columbia Records.  It first reached the Billboard charts on April 28, 1956. It peaked at #3 on each of the various charts at the time: the Disk Jockey chart, the Best Seller chart, the Juke Box chart, as well as the composite chart of the top 100 songs. The flip side was My Little Angel. Jimmy Arnold, was the lead tenor for The Four Lads in 1956. Arnold is sometimes erroneously listed as the song's co-author.  A version by The King Brothers became popular in the United Kingdom in 1960 when the musical was staged in London's West End. 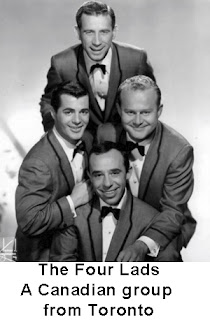 On February 9, 2010, the Irish group Celtic Thunder released their 4th album entitled It's Entertainment. This album, meant to pay homage to past musical styles, features their youngest member Damian McGinty singing Standing on the Corner. Celtic Thunder's DVD of the same name features McGinty dressed in a sweater and cabbie performing the number.

To hear this catchy tune  go to:
Posted by Janet Lynn at 1:20 PM No comments: 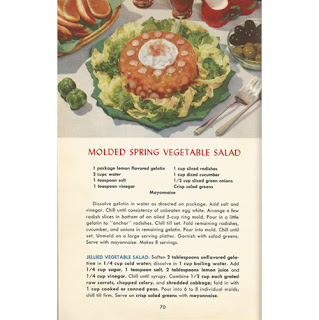 Dissolve gelatin in water as directed on package. Add salt and vinegar. Chill until the consistency of unbeaten egg whites. Arrange a few sliced radishes on the bottom of an oiled 5-cup ring mold. Pour in a little gelatin to "anchor" the radishes. Chill until set Fold remaining radishes, cucumbers, and onions into remaining gelatin. Pour into mold. Chill until set. Unmold on to a large serving platter. Garnish with salad greens. Serve with Mayonnaise. Makes 8 servings 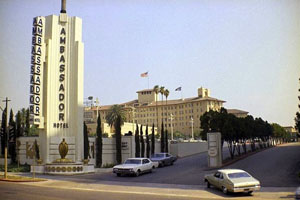 The Ambassador Hotel
formally 3400 Wilshire Blvd
Los Angeles
The Ambassador Hotel was popular for celebrities, some of whom resided there. From 1930 to 1943, six Academy Awards ceremonies were performed at the hotel. Seven U.S. presidents were guests at the Ambassador, from Hoover to Nixon, along with chiefs of state from around the world.  For decades, the hotel's famed Cocoanut Grove nightclub hosted well-known entertainers. 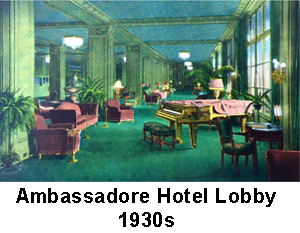 In the pantry area of the hotel's main kitchen, soon after midnight on June 5, 1968, and after a brief victory speech in the Embassy Room ballroom of the Ambassador Hotel, the winner of the California  Democratic presidential primary election, Senator Robert F. Kennedy was fatally shot along with five other people who survived their injuries.
The death of Robert F. Kennedy coincided with the beginning of the hotel's decline, hastened by the decline of the surrounding neighborhood. By the 1970s, gangs and illegal drug problems in the area near the hotel worsened.
The Ambassador Hotel was closed to guests in 1989 but remained open for filming and private events. A liquidation sale of the hotel's contents was conducted in 1991. 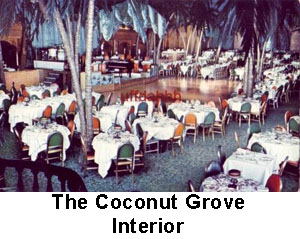 The hotel was a popular filming location and backdrop for movies and television programs, starting with Jean Harlow's 1933 film Bombshell to the
2003 film SWAT recreated the shots at the hotel.
From 2004 to 2005, the Ambassador Hotel was closed completely and became the topic of a legal struggle between the Los Angeles Unified School District (LAUSD), which wanted to clear the site and build a school.  Sirhan Sirhan, who, through his lawyer the late Lawrence Teeter, wanted to conduct more testing in the pantry where Robert F. Kennedy was shot; and the Los Angeles Conservancy and Art Deco Society preservationists, who wanted the hotel and its various elements saved and integrated into the future school. 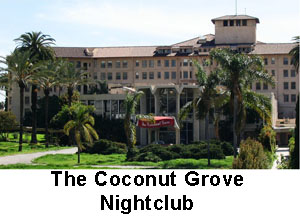 After a great deal of litigation, a settlement was attained at the end of August 2005, allowing the demolition to begin in exchange for the establishment of a $4.9 million fund, reserved for saving historic school buildings in the Los Angeles Unified School District.

On September 10, 2005, a final public auction was held for the remaining hotel fittings and work soon began on demolition of the Ambassador Hotel. 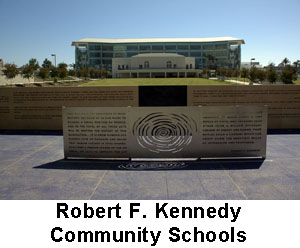 Posted by Janet Lynn at 8:31 AM No comments: