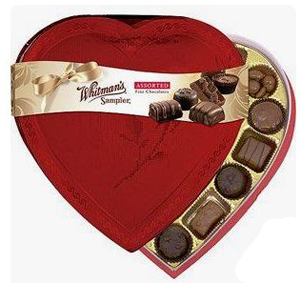 Whitman's is one of the largest and oldest brands of boxed chocolates in the United States. Whitman's confections have been produced since 1842, originally by Stephen Whitman in Philadelphia and currently by Kansas City, Missouri-based Russell Stover Candies. Whitman's Sampler, an assortment of boxed chocolates, is still popular after more than a century.
It was originally a "confectionery and fruiterer shop" set up in 1842 by Stephen F. Whitman. A confectionery store sells confectionery often a selection of old-fashioned treats and sweets from different countries.
He first became popular with traveling sailors and their wives. They would often bring fruits, nuts, and cocoa obtained during their voyages to Mr. Whitman so that he could make the popular European confections people craved during that era. Soon Whitman's chocolates were popular throughout the northeastern United States. 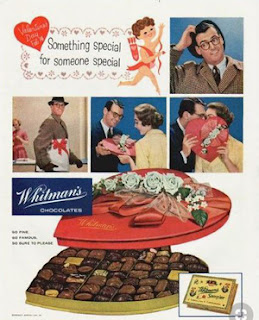 Whitman's produced the first pre-packaged candy in 1854—a box of sugar plums adorned with curlicues and rosebuds. Whitman began advertising in newspapers shortly before the beginning of the Civil War and the business grew so large that in 1866 the company occupied an entire building in Philadelphia. In 1877, he introduced Instantaneous Chocolates in tin boxes that became much-admired. Whitman's would later, be known as Stephen F. Whitman & Son, Inc.
Whitman's introduced the perennially popular, and still best-selling, Whitman's Sampler in 1912, marking the first use of cellophane by the candy industry. In 1946, the company helped General Electric develop a refrigerated display case to guard the product against warmer temperatures and extend the selling season through the summer months.

So, taste buds ready for some chocolate now? 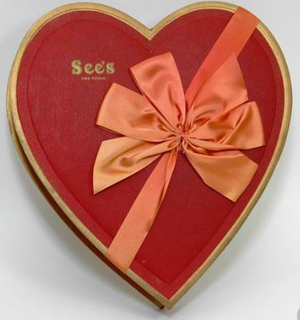 See's Candies
A beautiful box of chocolates just says, Valentine's Day (among other celebrations.  I thought it would be fun to look up some of the popular chocolatiers of the 1950s. Enjoy your walk down memory lane.

See's Candies is an American manufacturer and distributor of candy, particularly chocolates. It was founded by Charles See, his wife Florence, and his mother Mary in Los Angeles, California in 1921. The company is now headquartered in South San Francisco, California.
In 1936 See's opened a shop in San Francisco. It moved operations to make creams and truffles to South City in order to take advantage of the location's cool weather.
In 1972, the See family sold the company, to Berkshire Hathaway. On January 3, 1972, Blue Chip obtained a controlling interest in See's Candy Shops. Blue Chip later acquired 100% of See's for an overall price of $25 million. Wesco Financial Corporation was an 80.1% owned subsidiary of Blue Chip Stamps until its complete merger into Berkshire Hathaway in 201.  Warren Buffett has called See's "the prototype of a dream business."
The couverture chocolate used by See's is provided by the nearby Guittard Chocolate Company. Couverture chocolate is made with cocoa butter which is richer than compound chocolate.  On June 20, 2012, See's Candies made it into the Guinness Book of World Records for the world's largest lollipop, weighing 7,003 pounds (3,177 kg) and a length of 4 feet (1.2 m) and 8.75 inches (22.2 cm). The previous largest lollipop record stood at a hefty 6,514 pounds (2,955 kg). This giant chocolate lollipop represented 145,000 regular-size lollipops.
In 1952, Lucille Ball and Vivian Vance spent a half day at the See's Candies store in Los Angeles, learning to dip chocolates and work the production line. The episode "Job Switching" of I Love Lucy became one of the most popular in the show's history 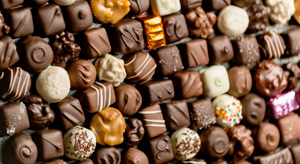 So, taste buds ready for some chocolate now?
Posted by Janet Lynn at 5:17 PM No comments: 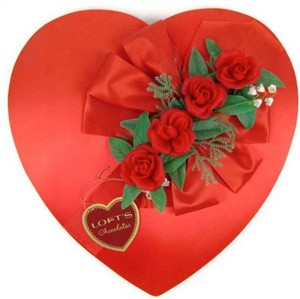 Loft Candy
A beautiful box of chocolates just says, Valentine's Day (among other celebrations.  I thought it would be fun to look up some of the popular chocolatiers of the 1950s. Enjoy your walk down memory lane.
Loft Candy, Inc. was the world's largest maker and seller of candy in the 1920s. It manufactured its own products and distributed them throughout greater New York City and Newark, New Jersey. Happiness Candy Stores, Inc., was controlled by Loft, Inc.  Rapid expansion followed, with Loft's 2,100 employees making 350 products that were distributed over fifteen states along the Eastern Seaboard and Midwest.
In 1860, English immigrant William Loft opened a candy store in Lower Manhattan. Loft's two sons followed in his footsteps, with his eldest son George taking charge of the company in the 1890s. George Loft soon opened two more stores, then added more in New York City as he moved production out of the family kitchen into a series of increasingly large factories, Eventually ending up in Long Island City.
Loft Candy Corporation attracted the attention of  Philadelphia  magnate Albert M. Greenfield, whose City Stores Company (CSCo) rapidly acquired control of the new firm. Loft Candy expanded into New York, New Jersey, and New England. The company also opened stores in some of the larger New York City Subway stations. By 1958, approaching the centennial of Loft's, the company owned or controlled stores in the Eastern Seaboard and the Midwest, in 11 states and the District of Columbia.
In 1971, after having had several different managements and owners over the previous decade, the Loft Candy Corporation was acquired by Southland Corporation. A year later, Southland purchased Barricini Candies, Inc., combining it into a single operational unit with Loft Candy.
The company closed all shops and ceased business in 1994. 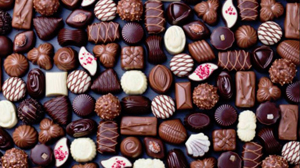 So, taste buds ready for some chocolate now?
Posted by Janet Lynn at 12:21 PM No comments: 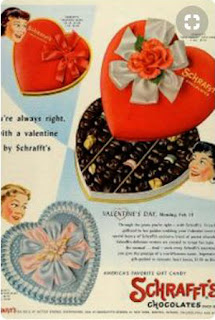 Schrafft's was a candy, chocolate, cake and later ice cream company based in Sullivan Square, Charlestown, Massachusetts.
Schrafft's was founded as a candy company by William F. Schrafft in Boston, in 1861. Frank Shattuck took over in 1898, expanding the company to include restaurants. By 1915, they had nine stores in Manhattan, one in Brooklyn, and one in Syracuse, NY as well as the facility in Boston. They had grown to 22 stores in 1923, 42 stores in 1934, and 55 stores in 1968.
Schrafft's sponsored the 1959 CBS telecast of The Wizard of Oz, the first of the film's annual telecasts (it had been shown only once before on television in 1956).
PET milk purchased Schrafft's in 1967, breaking the restaurant, cake, and candy operations into separate companies. Only the ice cream line survived, having been purchased by the LeSauvage family, owners of several ice cream labels. The New York-New York Hotel and Casino in Las Vegas features a Schrafft's Ice Cream parlor.
In 1968, in an attempt to broaden their customer base, Schrafft's commissioned a 60-second television commercial from pop artist Andy Warhol.
In 1981 Schrafft's Candy Co. announced the would close after 120 years of making popular chocolates, mints, lollipops, etc. 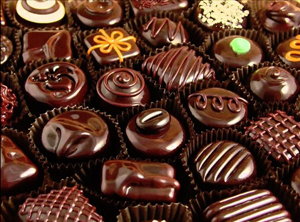 So, taste buds ready for some sweets now?
Posted by Janet Lynn at 9:05 AM No comments: