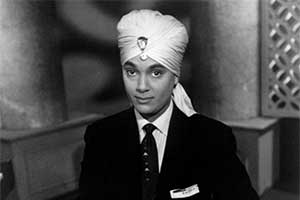 Korla Pandit
Turning on the TV on 1950s Los Angeles, you could have come face-to-face with a young man in a jeweled turban with a dreamy gaze accentuated by dark eye shadow. Korla Pandit played the piano and the organ, usually simultaneously, creating exotic music. 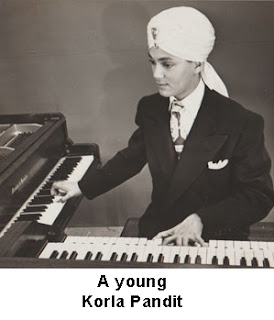 Pandit was born in New Delhi, India, the son of a Brahmin government worker and a French opera singer. He studied music in England and later moved to the US, where he mastered the organ at the University of Chicago. Not once in the 900 performances did he speak on camera, preferring to communicate with viewers with hypnotic gazes. 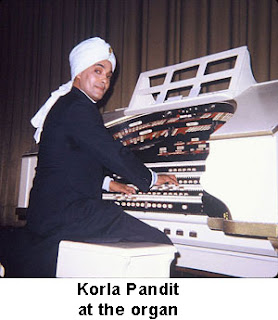 He became one of the first TV stars, with friends like Errol Flynn,  and Bob Hope. Because of a contract dispute he ceded his TV performances to the young pianist, Liberace. And the way Pandt came to fame is a "only-in-America fable" where the audience and the performer are both invested in the illusion.
So, who was the mysteriously mystic Korla Pandit?
Korla Pandit was really born John Roland Redd on September 16, 1921 in an African-American family from St Louis Missouri. In the 1940’s he played for a few years under the name "Juan Rolando" to some success. 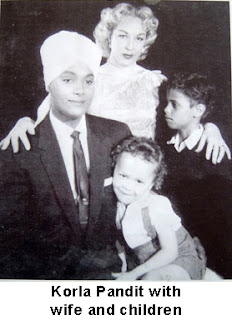 In 1944, he married Disney artist Beryl June DeBeeson, and the two reinvented his image, replacing "Juan Rolando" with "Korla Pandit" and fabricating the romantic history. They had two children.

Pandit died in Petaluma, California of a myocardio infaction. Two years after his death, it was revealed he was John Roland Redd from Missouri. 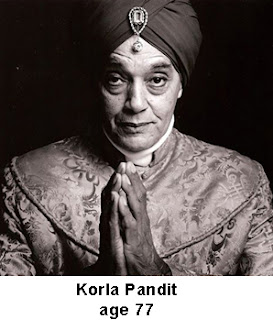 Those who knew Pandit described him as a gentle soul. He was a musician, composer, pianist, organist and television pioneer and known as the Godfather of Exotica.

Posted by Janet Lynn at 6:47 AM No comments: 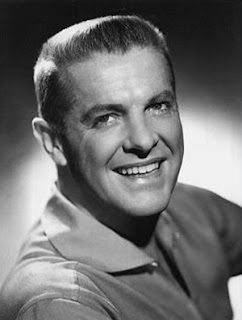 The show featured the romantic misadventures of Bob Collins, a sophisticated bachelor and photographer operating in Hollywood, California. The show centered around his womanizing with his models, and his sister's consistent attempt to get him to settle down. 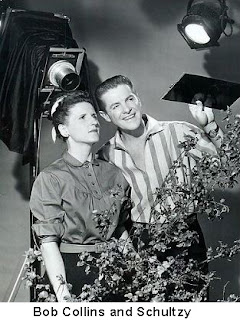 Regulars in the show were Bob Cummings as Bob Collins, Rosemary DeCamp as Margaret MacDonald – Bob's sister who tried her best to raise her brother's morality, Dwayne Hickman as Chuck MacDonald – Margaret's son and Bob's nephew, a crazy teenager try to get some of his uncle's action, and Ann B. Davis as Charmaine "Schultzy" Schultz – Bob's hilarious young secretary who pined for him and occasionally screwed up his love schemes. Ann B. Davis won two Emmy's for playing "Schultzy".
It was originally aired on NBC in 1955 then CBS 1955 thru 1957, back to NBC from 1957 to 1959. It was retitled Love That Bob and appeared on ABC's daytime line up from October 12, 1959 to December 1, 1961

Posted by Janet Lynn at 1:06 PM No comments: 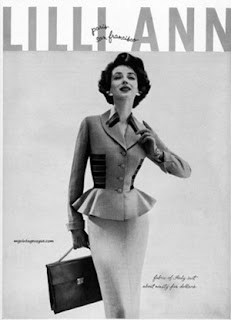 The 1950s were a groundbreaking decade for handbags. It’s not that women were using them more than before or for different purposes, but designers went out of their way to be different and it showed. 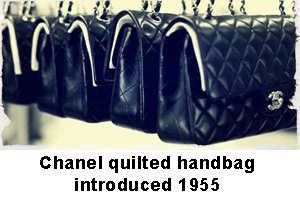 Today almost every woman has a purse with her. But until the 1950s, few women carried one. It was considered too much to coordinate handbags, gloves and hats. Only matching shoes and belts were necessary. 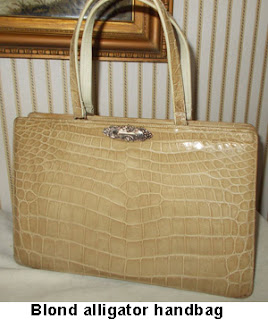 Then it became important for women to maintain a well "put together" appearance. Handbags and purses were very much thought of as an integral accessory with which to complete the overall "look". Hats, shoes, belts, scarves, bags and gloves, were all expected to coordinate. 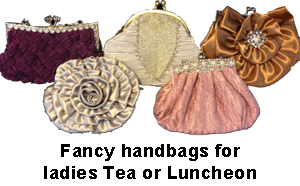 The materials used for purses in the 1950s were varied. In the early 1950s, most purses were made from crocodile, alligator, turtle or snake skin. Some fashion designers used lucite (a transparent material similar to Bakelite, or plastic) boxes that functioned as purses. 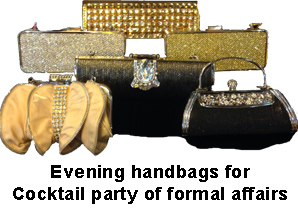 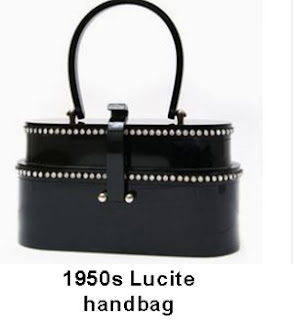 Just like the little black dress, every lady had to have a black leather purse by her side. 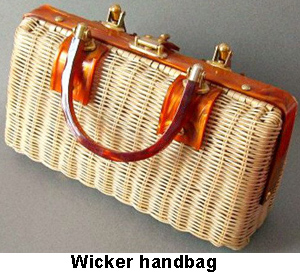 Tell us about your memories of purses back in the 50s?
Posted by Janet Lynn at 5:36 PM No comments: 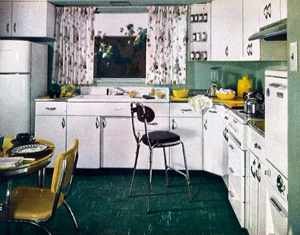 A look back at kitchens of the '50s

In the Fifties, kitchens were considered the heart of the home. Pastel colors such as turquoise, aqua, and pink gave the space a carefree and warm touch. These rooms were so frequently used, it became normal for a family to eat in the kitchen even if they had a formal dining room. Both formica and chrome dinette sets were a popular choice for kitchens. 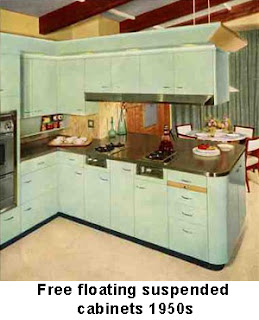 Common in the 1950s was the effort to evoke a kind of jet-age, modern look with sleek lines. Paradoxically, this would also be countered by the frequent use of rustic, country styles. Built-ins were big in the 50s, reducing the haphazard jumble of appliances that was standard in kitchens of years past. Dishwasher snuggled in under the counter and a refrigerator and stove continued the countertop line. 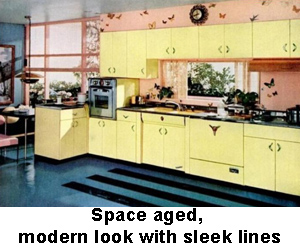 Kitchens during this era sucked up electricity, because of the great expansion in the power grid.


Another overlooked innovation of the 1950s is the open layout that allowed for a large table in the kitchen for dining. In the 1940s, dining was typically done in a dining room, with the kitchen reserved exclusively for cooking--or at most featuring a small breakfast table.  A typical 1950s kitchen was a center for dining as well as cooking. 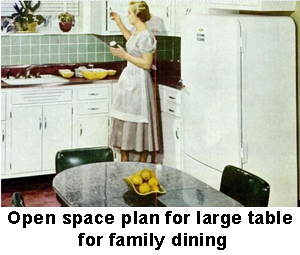 Posted by Janet Lynn at 7:42 AM No comments: