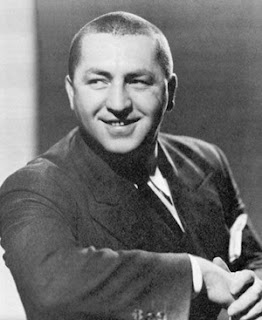 Curly Howard  real name Jerome Lester Horwitz was born on October 22, 1903. He was best known as a member of the American farce comedy team the Three Stooges which also featured his elder brothers Moe and Shemp Howard and actor Larry Fine.
Curly Howard was generally considered the most popular and recognizable of the Stooges. He was well known for his high-pitched voice and vocal expressions ("nyuk-nyuk-nyuk!", "woob-woob-woob!", "soitenly!"(certainly), and barking like a dog) as well as his physical comedy (e.g., falling on the ground and pivoting on his shoulder as he "walked" in circular motion), improvisations, and athleticism. An untrained actor, Curly borrowed (and significantly exaggerated) the "woob woob" from "nervous" and soft-spoken comedian Hugh Herbert 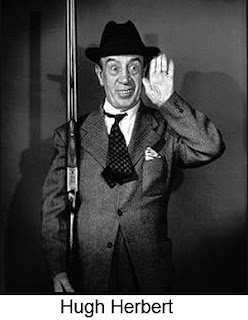 Howard's childlike mannerisms and natural comedic charm made him a hit with audiences, particularly children. Many times, directors would simply let the camera roll freely and let Howard improvise. Writers  would leave gaps in the Stooge scripts where Curly could improvise for several minutes. 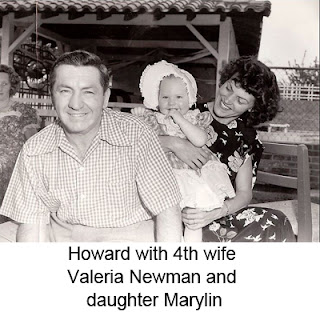 Off screen, Curley was an introvert, he generally kept to himself, rarely socializing with people unless he had been drinking (which he would increasingly turn to as the stresses of his career grew.)  Curly simply refrained from engaging in "crazy antics" unless he was in his element: with family, performing or intoxicated.
By the time the Stooges hit their peak in the late 1930s, their films had almost become vehicles for his uninhibited comic performances. Moe Howard later confirmed that when Curly forgot his lines, that merely allowed him to improvise on the spot so that the "take" could continue uninterrupted. 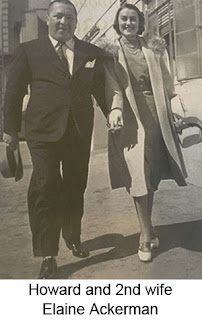 In 1944, Howard's energy began to fall.  After the filming of the feature-length Rockin; in the Rockies  (December 1944), he finally checked himself (at Moe's insistence) into Cottage Hospital in Santa Barbara, California on January 23, 1945, and was diagnosed with extreme hypertension, a retinal hemorrhage, and obesity. His ill health forced him to rest, leading to only five shorts being released in 1945.
In January 1945, Shemp had been recruited to substitute for a resting Curly during live performances in New Orleans.  After Curly's 1946 stroke, Shemp agreed to replace him, but only until his younger brother was well enough to rejoin the act. 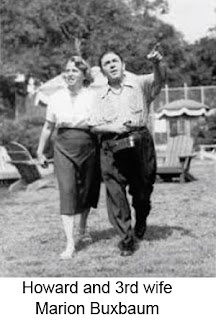 Curly suffered a second massive stroke in 1947, which left him partially paralyzed. In February 1951, he was placed in a nursing home, where he suffered another stroke a month later.
During World War II, the Stooges entertained servicemen constantly, and the intense work schedule took its toll on Curly. He found constant companionship in his dogs and often befriended strays whenever the Stooges were traveling. 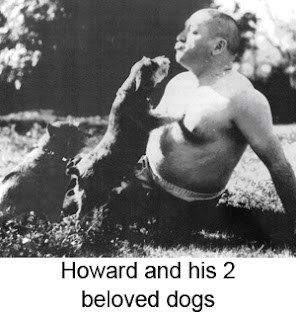 After three failed marriages, on July 31, 1947, he married Valerie Newman, and remained married until his death.
He died January 18, 1952, of a massive stroke. 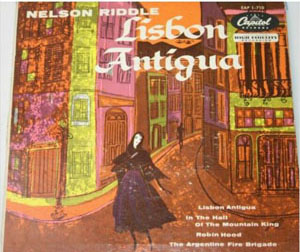 Lisbon Antiqua
Lisbon Antigua ("Old Lisbon") is a Portuguese popular song that became a hit in the United States when recorded by the Nelson Riddle Orchestra in 1956. The song was originally written in 1937, with music by Raul Portela and Portuguese lyrics by José Galhardo and Amadeu do Vale. It was brought to Riddle's attention by Nat King Cole's manager who had heard a version played by an orchestra in Mexico. Riddle recorded his own arrangement with himself on the piano accompanied by a string section, brass, and a wordless male chorus. Lisbon Antiqua topped the Billboard Magazine  chart on February 25, 1956, and remained there for four weeks. The song became a gold record. Riddle then used the song for the theme music when he wrote the score for the 1956 film Lisbon. Billboard ranked it as the No. 3 song for 1956. 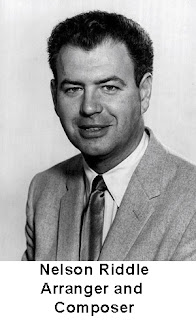 In 1956, another popular version was recorded byFreank Chacksfield's  orchestra under the title In Old Lisbon in which the male chorus sang lyrics written in English by Harry Dupree. It was released by theUnited Kingdom Decca Label reaching #15 on the UK charts. 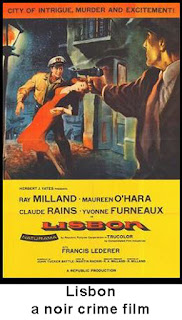 In October 1956 the song made the French charts with Gloria Lasso's Lisbon Antigua and Dario Moreno's Adieu Lisbonne.

To enjoy the music Go to:
https://www.youtube.com/watch?v=yqckV6QDnQU 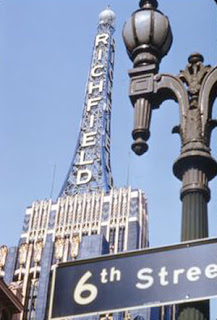 Richfield Tower, (a.k.a. Richfield Oil Company Building) was constructed between 1928 and 1929 and served as the headquarters of Richfield Oil. It was designed by Stiles O. Clements and featured a black and gold Art Deco façade. 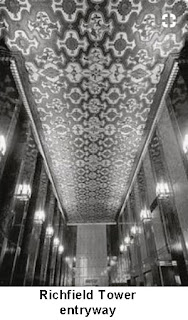 The 12-floor building, including a 130-foot (40 m) tower on top of the building emblazoned vertically with the name "Richfield". Lighting on the tower was made to simulate an oil well gusher and the motif was reused at some Richfield service stations. 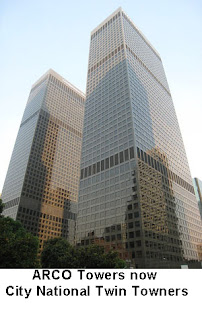 The company outgrew the building, and it was demolished in 1969, much to the dismay of Los Angeles residents and those interested in architectural preservation. It is now the ARCO Plaza skyscraper complex. The elaborate black-and-gold elevator doors were salvaged from the building and reside in the lobby of the new ARCO building (now City National Tower).
Richfield Tower was featured in a few scenes of Michelangelo Antonioni's 1970 film Zabriskie Point, shot shortly before its demolition

The best cornmeal biscuits in the world!!! And easy too.

Sift together flour, baking powder, and salt into a mixing bowl. Blend in cornmeal. Cut in shortening until the mixture resembles coarse crumbs. Add milk all at once. Stir lightly with a fork, just enough to moisten all the flour. Knead gently about 1/2 minute on lightly floured board. Roll dough 3/4 inch thick. Cut with a 2-inch cutter. Place on a lightly greased baking sheet. Bake in a 450˚F (very hot) oven 12 to 15 minutes. Yields 12 biscuits.