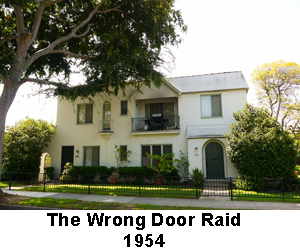 While researching DESERT ICE I found one of the most famous and humorous scandals to ever rock Hollywood involved Marilyn Monroe and her second ex-husband, baseball player, Joe DiMaggio.  Their relationship wasn’t always the "sunshine" the press made it out to be.  The scandal was known as the Wrong-Door Raid, it occurred in the night of November 5th, 1954, at 8122 Waring Ave, West Hollywood.  P.I. Barney Ruditsky, former NYPD detective, was hired by DiMaggio to follow Monroe. Ruditsky saw Monroe's car and called DiMaggio. He agreed to the raid. It was the wrong house!

Then 3 years later Frank Sinatra’s house was raided, ending with him being arrested with “a conspiracy to commit malicious mischief.” 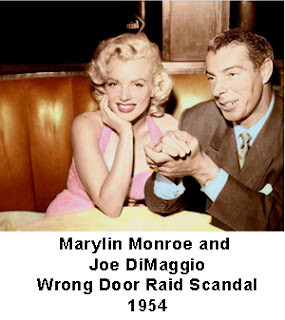 After reading about these "scandals", I chuckled at how much more comical than serious this was and decided to mention it in DESERT ICE. Then, after further reading I realized it was not made public until almost a year later. Amazing! 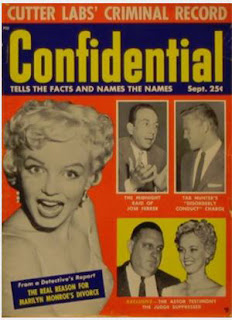 Posted by Janet Lynn at 4:35 PM No comments: 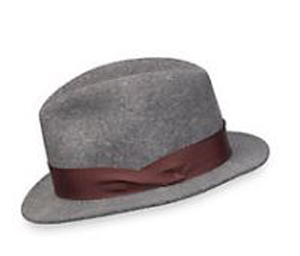 1950s Men's Hat
The Fedora or Trilby Hat
This hat style never went out of fashion but old blue eyes, Frank Sinatra, certainly helped keep it in style throughout the 1950’s. He wore all types of fedoras but it was this late 1950’s stingy brim fedora that really made a lasting impression on hat history.
Specs on the Fedora:
-Colors: Brown, Tan, Green, Blue, Grey, Black

-Brim: Narrow brim, increasingly narrower as the 50’s progressed. Brim turned down in front and up at sides with a deep turn up at the back. A narrow fedora brim is often called a Stingy brim.

-Band: Solid Petersham or silk ribbon colors that contrasted with the hat such as a green band on a grey hat. Flat bow on the side often with feather accent. Late 50’s brought in thin leather bands or felt bands to match the hat body and knotted instead of a bow. Hat brim was either unlined to lined in matching Petersham ribbon. 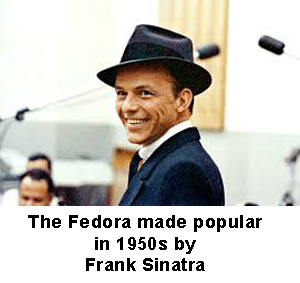 Posted by Janet Lynn at 9:50 AM No comments: 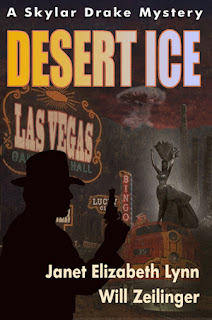 In 1955, a missing Marine and stolen diamonds lead Private Eye Skylar Drake to Sin City, where the women are beautiful and almost everything is legal—except murder.
The FBI and a Las Vegas crime boss force him to choose between the right and wrong side of the law. All the while, government secrets, sordid lies and trickery block his efforts to solve the case.
Common sense tells him to go back to L.A. but is gut tells him to find his fellow Marine.

Read an excerpt for DESERT ICE Go to:

https://www.goodreads.com/author/show/5768561.Janet_Elizabeth_Lynn
Posted by Janet Lynn at 2:07 PM No comments: