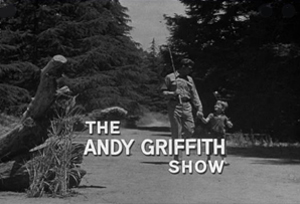 The Andy Griffith Show is an American situation comedy television series that aired from October 3, 1960, to April 1, 1968.

The show starred Andy Griffith  in the role of Andy Taylor, the widowed sheriff of Mayberry, North Carolina, a fictional community of 2,000 people.

The tone of the show, Griffith said in a Today Show interview, "... though we never said it, and though it was shot in the '60s, it had a feeling of the '30s. It was when we were doing it, of a time gone by." 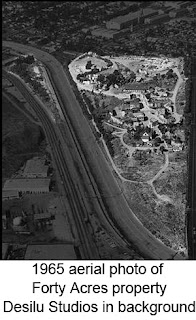 The series never placed lower than seventh in the Nielsen ratings and ended its final season at number one. On separate occasions, it has been ranked by TV Guide as the 9th-best and 13th-best show in American television history. The never show won awards during its 8-season run, co-stars Don Knotts (character Barney Fife) and Francis Bavier (Aunt Bee) accumulated a combined total of six Emmy Awards. 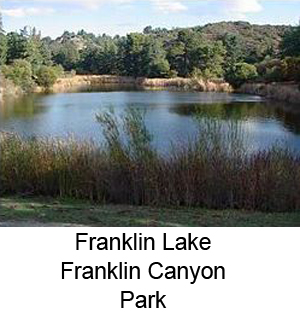 Spin-offs from The Andy Griffith Show were, Gomer Pyle, U.S.M.C,  (1964) and a reunion tele-movie, Return to Mayberry, (1986). After the eighth season, when Andy Griffith became one of the original cast members to leave the show, it was retitled Mayberry, R.F.D, with Ken Berry and Buddy replacing Andy Griffith and Ron Howard in new roles. In the new format, it ran an additional three seasons. An annual festival celebrating the sitcom, Mayberry Days, is held each year in Griffith's hometown of Mont Airy, North Carolina. The festival will take place in September 2020.

The show was filmed at Desilu Studios. The exterior shots were filmed at Forty Acres  in Culver City, California (also filmed there was the  RKO production of King Kong (1933) and the Woodsy locales were filmed north of Beverly Hills at Franklin Canyon, (The fishing hole, Myers Lake, is Franklin Lake) including the opening credits and closing credits with Andy and Opie walking to and from "the fishin' hole".