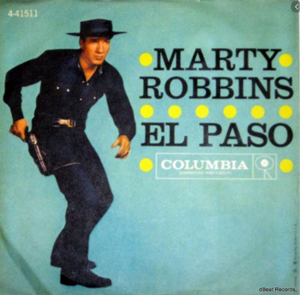 El Paso is a country and western ballad written and originally recorded by Marty Robbins. It was released as a single the following month, and became a major hit on both the country and pop music charts, making No. 1 in both genres at the start of 1960. It won the Grammy Award for Best Country & Western Recording in 1961, and remains Robbins' best-known song. It is widely considered a western classic for its gripping tale which ends in the death of its protagonist, its shift from past to present tense, haunting harmonies by vocalists Bobby Sykes and Jim Glaser (of the Glaser Brothers) and the Spanish guitar accompaniment by Grady Martin of Robbins in the fifth grade; Fidelina Martinez. 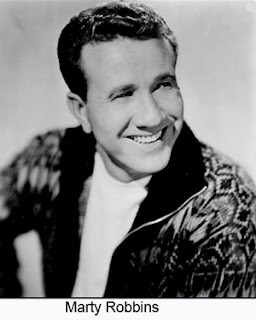 Members of theWestern Writers of America chose "El Paso" as one of the Top 100 Western songs of all time.

In 2013 the series finale of the TV Show Breaking Bad contained several references to the song. The title of the episode, “Felina” is an anagram of the word “Finale” but is also pronounced the same as the woman in the song. Also, in the opening scene, as Walt steals a car, the song plays on the car stereo as he starts the vehicle.