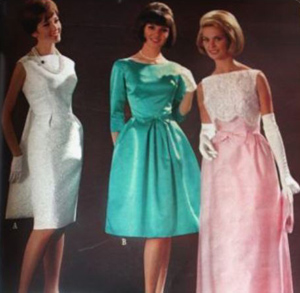 The 1960s usually bring up memories of swinging hippies. mod dancers and go-go boots. While they certainly took fashion by storm during the day, 1960s evening dresses were a different story. 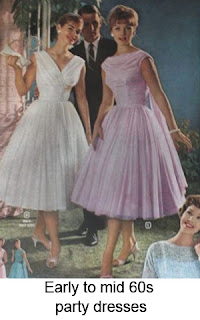 The 1960s evening fashion was split between the 1950s style tea gown and the sleeveless sleek fitted shift dress. These short, sheath dresses, with form-fitted skirts and high waists, were very popular. The dresses were made of rich gold and silver brocade or plain satin in white, red, blue, and olive green. As the decade progressed dresses lost the tightness in favor of a natural or empire waist that fit looser over the hips. 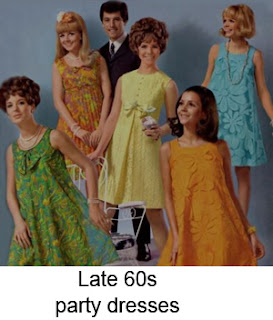 Dress length returned to floor-length column dresses. The simple little black cocktail dress had its heyday in the 1960s. The late 1960s evening fashions were known for their bold, vibrant colors. 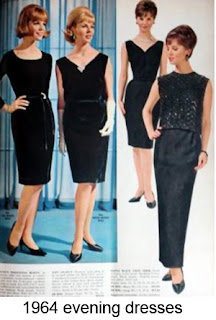 The 1960s cocktail dresses were as classy and elegant as they could be. Short cocktail 60s party dress was preferred over longer gowns, of metallic gold, silver, and the most popular, black. The one-shoulder gown and the knee-length swing dress in lace continued to be a formal fashion tradition. In 1964 black formal party dresses also became popular. 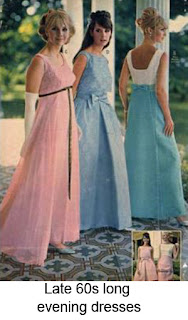 From 1960-1965 formal evening wear followed the designs of the 1950s. The simple sheath dresses with matching short jackets were everywhere. They also came in longer lengths formal affairs.  High empire waist, tapered skirts, and contrasting top and bottom materials became trendy during the latter half of the 60s. Bubble gum pink, yellow and seafoam green were classic evening and prom dress colors. 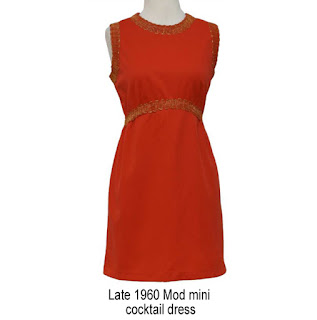 Red was a very mod color. Especially when mixed with white in color blocks. An orange-red was very popular in the early years.  A purple-red drifted into the later 60s.