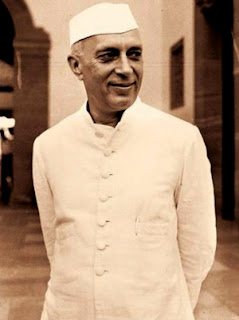 A Nehru Jacket is a hip-length coat or jacket, mostly worn by men. It has a Mandarin collar and a button placket resembling the typical Indian Achkan, Sherwani or Bandhgala designs. This Nehru coat or jacket is named after India’s first Prime Minister ‘Pandit Jawaharlal Nehru, who used to wear a Western-style Achkan. 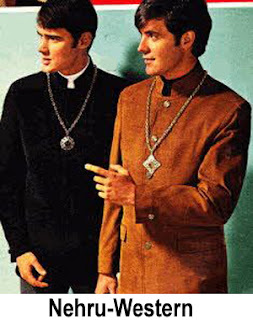 The Western-style Nehru jacket is similar to a tailored suit jacket, but with a difference. The collar and lapels are replaced by a front-button closure rising to a high, round neckline surmounted by a narrow stand-up collar. The stand-up collar is often cut with a slight curve to differentiate it from the Indian men's collar from which it is derived. When popular in the late 1960s and early 1970s, the Nehru jacket was paired with trousers and one of several choices for shirts-turtleneck, mock turtleneck, or tunic. The design of the jacket made it easy to wear bead or pendant necklaces which were also a mark of that period. 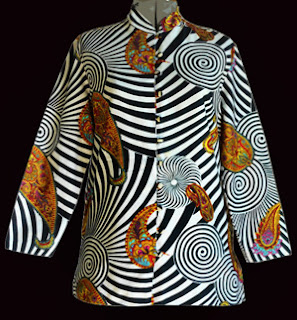 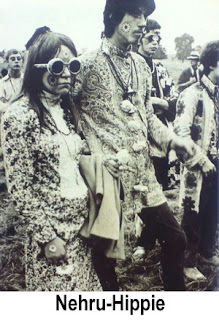 Inspired by advances in space travel, Pierre Cardin offered his Space Age line in 1964. The most influential piece was his collarless, lapel-free suit jacket. It buttoned all the way up the front ending in an unadorned round neckline that revealed the collar of a dress shirt. Cardin's garment found favor with the Beatles and other early 1960s British rock groups who wished to remain respectable through suit dressing but wanted to cut an independent image. The use of non-traditional fabrics like denim and velvet, or bright colors and prints cemented the styles. A general narrowing of the entire men's suit-leg, torso, sleeve, lapel, and its accompanying necktie-also occurred. Formal dressing in tunics à la Yves Saint Laurent and others provided more non-traditional suit alternatives for formal male attire. 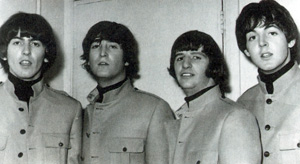 The Beatles, India and Popular Culture

The Nehru jacket appeared as one of these brief fads after George Harrison and the Beatles went to India in 1966 to learn meditation and music. They brought into fashion not only Ravi Shankar's sitar music and incense but also paisley prints, bead necklaces (originally Indian meditation beads) for both men and women,

The Nehru jacket crossed the Atlantic and was briefly worn in the United States, too. Several entertainers, including Johnny Carson and Sammy Davis, Jr., made it a regular part of their wardrobe. 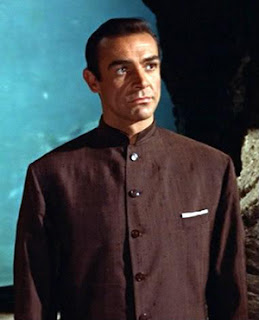 Though considered a short-lived fad on both sides of the Atlantic, the Nehru jacket has achieved classic status. Some tuxedo-rental agencies now routinely provide Nehru jackets with matching suit trousers as one of their options for formal attire. The humbler versions of these garments also continue in use in the regions of rural India whence they originated.