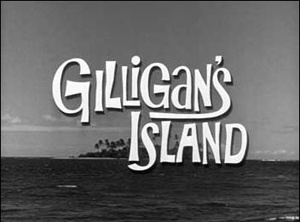 Gilligan's Island was created and produced by Sherwood Schwartz.  The show aired for three seasons on the CBS network from September 26, 1964, to April 17, 1967. The series followed the comic adventures of seven castaways as they attempted to survive on an island on which they had been shipwrecked. Most episodes revolved around the dissimilar castaways' conflicts and their unsuccessful attempts, (for whose failure Gilligan was frequently responsible), to escape their plight.

Gilligan's Island ran for 98 episodes. Thirty-six episodes of the first season were filmed in black and white and were later colorized for syndication. The show grew in popularity during syndication, especially in the 1970s and 1980s when many markets ran the show in the late afternoon. 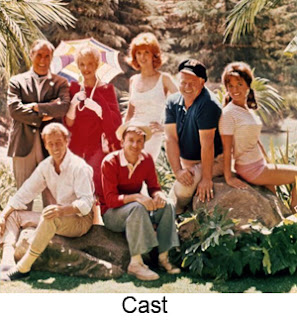 Jerry Van Dyke was originally offered the role of Gilligan, but he turned it down, believing that the show would never be successful. (He chose instead to play the lead in My Mother the Car, which premiered the following year and was canceled after one season). The producers thought that Bob Denver, the actor who had played Maynard G. Krebs, the goofy but lovable beatnik in The Many Loves of Dobie Gillis turned out to be a perfect choice.

The music and lyrics for the theme song, The Ballad of Gilligan’s Isle, were written by Sherwood Schwartz and George Wyle. One version was used for the first season and another for the second and third seasons.  With the growing popularity of characters Professor and Maryanne, their names were inserted into the lyrics in the second season. The theme song underwent this one major change because star Bob Denver asked studio executives to add their names to the song. The studio at first refused. Then Denver insisted that his name be taken out of the song if they didn't include the others. The studio caved in, and "the Professor and Mary Ann" were added.